Emerging Career Scope in the Field of Physics

Physics is a subject that attracts students towards it because it deals with the logic behind the basics of life. It helps to discover how various phenomena take place in our world and the universe beyond it. Perhaps one of the few fields that have elicited curiosity and exploration from ancient times, it helps in acquiring the knowledge and application of physical principles, laws, and their interrelation. It conducts researches on fluids, materials, and atmospheric dynamics and an understanding of the atomic and subatomic structures. Physics studies matter and its motion through space-time. In short, everything that we know about the world around us, including matter, gravity and space comes from the study of physics.

“Physics is the only profession in which prophecy is not only accurate but routine.”

Physics also contributes to the development of the modern world by pioneering new technologies. It’s hardly a wonder then, that most of the scientists and inventors of the throughout history were physicists. In fact, the list is endless, from Archimedes and Galileo Galilei to Isaac Newton, to Faraday, Madame Curie, Niels Bohr, Albert Einstein etc and right down to Stephen Hawking……physicists have played a massive part in shaping the world as we know it today.

Physics is more relevant today because of the dependence of humans on technology has grown exponentially. Technology companies recruit graduates and postgraduates from this branch of study in large numbers for their Research and Development departments.

Biomedical Engineers – Apply the knowledge of biology and biomechanical and engineering principles, to design, develop, and evaluate biological and health systems and products, such as prostheses and artificial organs, instrumentation and medical information systems, and health care delivery systems.

Biophysicists - Study the physical principles of living cells and organisms, their electrical and mechanical energy, and related phenomena. Also conduct research to further understand the complex chemical combinations and reactions involved in metabolism, reproduction, growth, and heredity. Biophysicists may be involved in determining the effects of foods, hormones, drugs, serums and other substances on tissues and other vital processes of living organisms.

Hydrologists – Hydrologists study the circulation, distribution and physical properties of surface and underground waters, and analyse the form and intensity of precipitation, its rate of infiltration into the soil, movement through the earth, and its return to the ocean and atmosphere. Given the acute water shortage the world is expected to face in the coming years, this career is of immense importance.

Physics has a great contribution towards the development of the world from getting the fire lit by the friction of two stones to cooking our food in our microwave oven, from bullock carts to space missiles/rockets, from talking through signs to talking through wireless mobile phones which connects us to the entire world. A graduate in physics is in high demand and can earn handsomely. The scope of physics is broad and is getting broader day by day. Physics is diverse both as a subject and as a career. So, if you are having thirst for knowledge and an inquisitive mind craving to know more about this world and beyond, then physics just might be a good career option for you.

Let’s take a look at some commonly asked questions by students.

The scope of physics is broad and is getting broader day by day. It helps in developing new technologies and has a great contribution to the development of the modern world of technology. Tech companies are the biggest recruiters of students from a physics background, as the companies require them for their Research and Development department. The Government of India also undertakes various research works for which they require the physics graduates. So it can be said that a student with physics need not be tensed about his/her future. As there are various outlets for them. 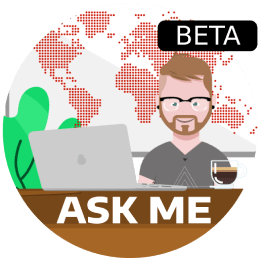